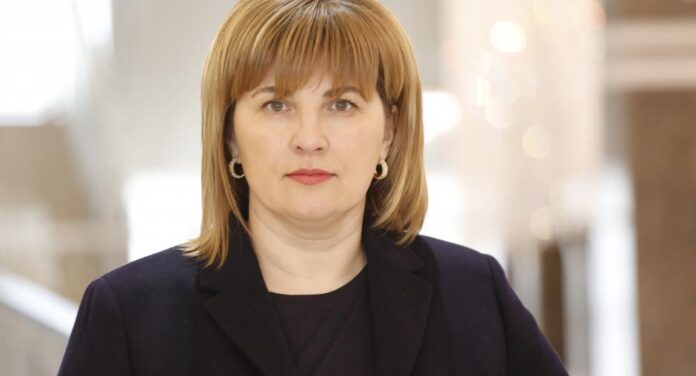 Liliana Palihovici, a prominent former Moldovan politician and gender activist, was appointed Special Representative of the Swedish OSCE Chairperson-in-Office on Gender in January 2021. Here she speaks about how she is bringing forward Sweden’s priority agenda of promoting gender equality as an essential pillar of security among participating States.

What have you seen during your first six months as Special Representative on Gender?

I’ve been pleased to see most participating States actively promoting gender equality, especially to see complex analyses of regional security issues from a gender equality perspective done in partnership with relevant civil society organizations. A good example is Switzerland, where civil society organizations were included as an implementing partner in the development of the country’s fourth National Action Plan.

It was also remarkable to see a great understanding among representatives of national parliaments of the need to develop national legal frameworks for gender equality based on data and evidence – the recipe for success for good public policy.  The event Evidence-based law-making to prevent and combat violence against women organized on 19 May by the OSCE Parliamentary Assembly together with the Secretariat and the Office for Democratic Institutions and Human Rights was an excellent platform for exchanging good practices, lessons learned and innovations. Many states are making efforts to improve their national mechanisms on preventing violence against women.

Of course, there is still work to be done. I’ve noticed some reluctance when it comes to fulfilling commitments related to women’s economic empowerment. And obviously I was disappointed by the decision of one participating State to withdraw from the Council of Europe convention on preventing and combating violence against women and domestic violence. I still hope that decision will be changed and that all women will be able to benefit from state protection and support.

I announced at the beginning of this year that I will focus on developing an OSCE women mediators’ network. This will be one of my next activities, for which I hope to receive the support of participating States. The network should be a joint platform of women who have experience in peace negotiations and women who work in the communities affected by conflict. Because they see the real problems women are facing and can provide valuable information to the official negotiators.

What motivated you personally to become an advocate for gender equality?

The realities in which we live have pushed me to get involved in promoting gender equality. Like everyone else, I want to live in a democratic society where everyone’s potential can be capitalized upon and all persons regardless of their gender can feel respected and accepted as they are. Unfortunately, today we still do not live in such a world.

When I was a member of parliament in Moldova, I used my mandate to be very vocal in promoting legislation to advance gender equality. We have so many great women with great potential, which is not being put to use for the development of communities and the country, only because of the stereotypes that people have in their minds.

Sweden has declared gender equality a priority for the OSCE’s work this year. What is the connection between gender and security?

Security is not ensured by weapons alone; it is ensured when the people feel secure and have a positive outlook about what tomorrow will bring. We cannot claim to build strong national or regional security as long as we have high unemployment rates and very low levels of participation in decision-making among women, because we are talking about 50 to 52 percent of the population. That is the connection between gender and security.

The Charter of European Security of 1999 and a whole series of Ministerial Council decisions leave no doubt that gender equality should be one of the priorities of the OSCE. It is our firm belief that the security of OSCE participating States will be greatly enhanced when women become active in all areas of public life, when gender-based violence is reduced and when sufficient resources are allocated to implement national gender-sensitive policies.

Why is the economic empowerment of women important?

Firstly, the daily lives of women is heavily influenced by the resources they have at their disposal. Their low economic participation means that they cannot make independent decisions. That makes them vulnerable and has consequences for their health and security.

Secondly, women’s unequal participation in economic life tends to inhibit the growth, prosperity and security of our societies. There is evidence proving that women’s economic empowerment boosts productivity, increases economic diversification and reduces income inequality, that increasing female employment in OSCE countries could boost the aggregated GDPs by around 15%.

The promotion of women’s economic empowerment is an essential precondition for the implementation of the Women, Peace and Security agenda. The connection may not be clear at first sight, but it is very strong. You cannot have more peace and more women’s participation without working on the systemic problem of women’s economic insecurity.

Can you name three steps that governments could take to better implement their international and OSCE commitments on gender equality?

First, all OSCE participating States should invest in breaking gender stereotypes about the work done by women and men, women’s mobility outside the home, the value of work, on justification of violence against women.

Second, states should eliminate discriminatory laws and increase the social and labour protection of women.

Sometimes I have the feeling that the closer we come to the point of achieving gender equality, the greater resistance becomes. We have to keep making strong arguments that show what society is losing when it does not take full advantage of what women have to offer. My hope is that the number of people supporting gender equality will increase, also among men. It’s about fighting for a society where both women and men have the space to manifest their full potential. It’s a long way to that ideal society, but I for one will be sure to fight for it. 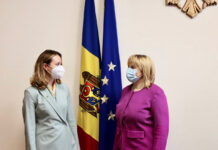 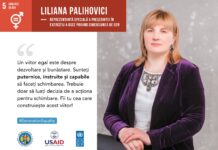